Out In The Cold: Post-Soviet Frozen Conflict Zones

On 26th December 1991, the Soviet flag was lowered from the Kremlin for the final time, and the pre-revolutionary Trikolor was raised for the first time since 1917. The Soviet Union was no more, and fifteen countries stood in its place, either regaining their independence or taking it for the first time.

A further four regions effectively won their independence; but were rejected by the international community. To this day, Transnistria, Abkhazia, South Ossetia and Artsakh have remained de facto independent, and are often referred to as the “frozen conflicts” – disputed regions that serve as hangover from the Cold War era.

Prior to the Soviet Union’s official dissolution, each nation, including the Russian Federation, had either renounced the USSR’s founding treaty or outright declared independence. However, these borders were not satisfactory for some groups, including those who wanted further dissolution along ethnic lines. As a result, from the late 1980s through the 1990s, a variety of wars broke out across the Soviet region. Not all of them succeeded – Chechnya won de facto independence from Russia in 1996 but was defeated and reabsorbed four years later.

Four regions did succeed though. The first of these is Transnistria, a long, thin, land-locked strip of land sandwiched between Moldova and Ukraine. Upon independence, Moldova became a state based upon the Moldovan ethnic identity. Transnistrians were predominantly Russian and Ukrainian though, and so conflict started to brew, eventually leading to war. This is where Russian forces stepped in, backing the rebels, and helping Transnistria win de facto independence in 1992.

Russian forces have remained in the region ever since, despite promising to leave by 2004. Now, there are  growing concerns that Transnistria could even accede to Russia, posing a threat to pro-Western Moldova and flanking Ukraine, whose territory Russia is already occupying.

In 2008, war broke out between Russia and Georgia as diplomatic relations decayed. During the five-day conflict Russian forces helped both regions expand further into Georgian lands. South Ossetia is largely viewed by the West as a Russian occupation like Crimea rather than a fledgling nation.

Abkhazia is now said to exist in a state of “stable isolation”. Ethnic Georgians are excluded from elections, but otherwise the most recent election was largely peaceful and transparent, and Abkhazia effectively functions as an independent state. Georgia’s refusal to recognise Abkhazia’s independence forces the breakaway region to trade almost entirely though its other neighbour Russia.

The final of the four, Artsakh (or Nagorno-Karabakh as it is otherwise known) differs in that it was not backed by Russian forces in its independence struggle – it was backed by Armenia instead, as Artsakh is predominantly ethnically Armenian.

Conflict began in the late 1980s, while Azerbaijan was still a Soviet Republic, as ethnic Armenians and Azeris clashed over which Republic Artsakh should be part of. By 1994, Armenian forces had taken Artsakh, which declared itself a free country. However, Artsakh remains occupied by Armenian forces, and functions more like a part of Armenia that as a separate country. Officially Armenia does not recognise Artsakh, instead referring to region as part of historic Armenia, but expresses that the region should have the right to self-determination.

Given their breakaway nature, the four regions have decided to stick together, each recognising each other’s independence. Beyond this, they possess few formal relations on the international landscape, with Transnistria and Artsakh lacking recognition from even a single UN-member state.

The situation looks different for Abkhazia and South Ossetia, which are each recognised by 5 UN-member states: Russia, Nicaragua, Venezuela, Syria and Nauru. Russian obviously has the most interest in the two regions and has encouraged its allies to back the breakaway regions. As for Nauru, in 2009, the tiny island nation agreed to recognise Abkhazia and South Ossetia, reportedly in exchange for $50m of Russian humanitarian aid.

Despite their political status, each of the regions has managed to grow their economies and trade relations. By engaging with the Moldovan government as and when it suits it, Transnistria has managed to be included in Moldova’s trade deal with the EU. As a result, Transnistrian trade with the EU via Moldova has continued to grow, with exports to the EU now exceeding those to the Russian-backed EEU trading bloc. In Georgia, the government has chosen a policy of rapprochement over isolation, and so trade with Abkhazia and South Ossetia continues in spite of the political hostility.

So, the four regions have been de facto independent for over 25 years and have not been economically embargoed by the Western world. This raises the question, why does most of the world refuse to recognise them? Just as in the Cold War era, the answer appears to be related to broader geopolitical political considerations.

The first three regions are backed by Russia, and still host Russian troops, whereas Moldova and Georgia are closer to the West. In the case of Artsakh, it remains occupied by Armenia, which is a firm ally of Russia. Of the four, Abkhazia seems the only likely candidate to truly gain independence, based on its stability, but cannot join the world stage without Georgia’s consent, which seems highly unlikely.

So, what will it take to thaw out these “frozen conflict zones”? The biggest problem is foreign forces, which support all four regions. NATO has called for Russia to pull its troops out of all three regions they are stationed in, and has called for the Artsakh issue to be resolved peacefully, but is not involved in negotiations. As long as outside forces stay in the regions, it is unlikely the West will recognise them, but without the forces, what would guarantee they would stay independent? When the Soviet Union fell, these regions saw chances for freedom, but now find themselves trapped in yet another long stand-off with no end in sight.

The Cold War might be over for most of us, but seemingly not for everyone. 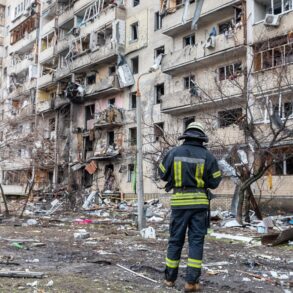