A New Bulwark against the West? Russian Gas and Energy Politics in Europe 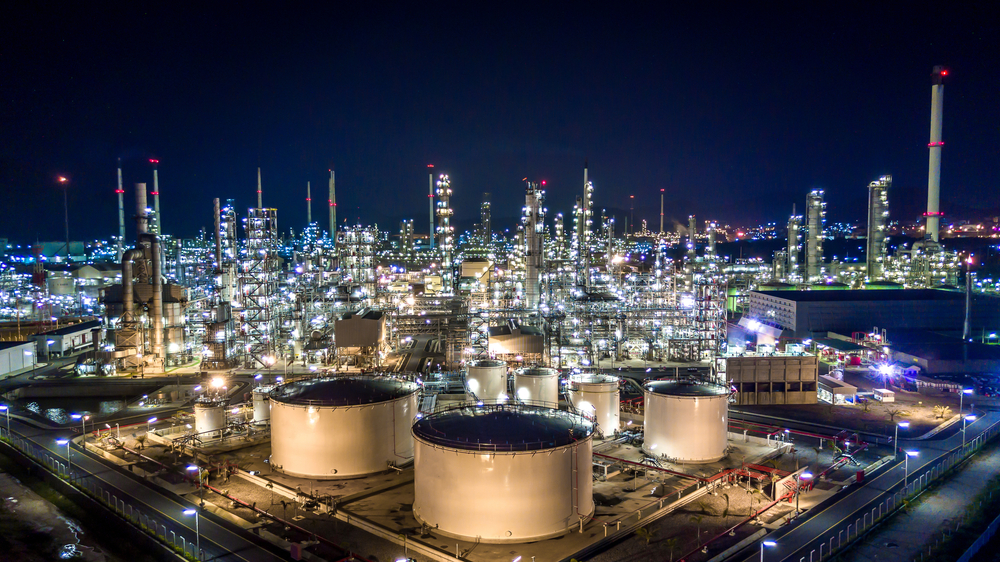 Vladimir Putin’s unjustified decision to invade Ukraine triggered a strong and unified response from European nations against the atrocities committed against civilians in Ukraine. So far, an unprecedented set of sanctions primarily focussed on restricting Russian access to trade and financial assets have been adopted by Western nations. But increasingly, there is talk about targeting one of Russia’s largest sources of income: their natural gas and oil reserves. While the EU so far holds back, the US and UK announcement to ban Russian oil and gas imports already led to the Kremlin’s counterthreat to cut off Nord Stream 1, one of the main pipelines supplying Europe with natural gas.

However, it is not just tit-for-tat sanctioning that results from the ongoing invasion, but also increased efforts by national governments to cut economic reliance on Russia by substituting current energy imports with supplies from other sources. Reasons for this are already depleted gas storages in Europe due to a cold winter, as well as increased competition for the remaining supplies based on the economic rebound of many countries lifting their Covid-19 restrictions. With oil and gas prices skyrocketing, retaliatory actions by Russia would only worsen this scarcity.

One of the most recent moves of the EU was therefore to announce their plan of slashing Russian gas dependence until the end of 2022 by two thirds. The ultimate goal is the complete phase-out of the current reliance by 2030 by focusing on sources such as hydrogen, wind and solar power. Still, this endeavour might prove to be difficult. Despite previous EU efforts to increase the supply of green energy, the member states’ energy mix is, with a sum of 58 percent, still primarily dependent on petroleum products and natural gas. Compared to 15 percent of renewable energy and 13 percent of nuclear energy and solid fossil fuels, respectively, it is not difficult to see why a change in power source will require substantial efforts.

With countries such as Germany striving to completely scrap the use of nuclear power in the next few years, the necessity for those types of energy imports is evident. In 2019, EU energy imports from third countries accounted for nearly two thirds of its petroleum products and 27 percent of its gas. This weighs up to a staggering average dependency ratio of 61 percent on energy imports, a number that has been drastically increased since the 2000s due to the rising availability of Russian energy exports.

Up until today, Russia finds itself in the position of being the dominant energy supplier of the European market, providing around 41% of all natural gas imports and 27% of crude oil. Other suppliers to the EU provide substantially less, with 16% of all natural gas imports coming from Norway and less than 10% each of crude oil imports from countries such as Iraq, Nigeria and Saudi Arabia.

This dependence of European countries on Russian gas imports is not just based on the geographical distribution of resources, but also the historical supply of cheap gas. While increased energy provision by other countries such as Norway and Algeria lessened this price advantage, Russia’s head-start secured a significant share of European energy imports.

Initially only active in the former Soviet states, the Russian state-owned gas monopoly Gazprom expanded its energy supply with Vladimir Putin’s rise to the presidency in the early 2000s. The initiation of restrictive bilateral agreements effectively tied the new European trading partners to Russian gas. And while Gazprom claims to be active solely for commercial rather than political purposes, past actions are said to have been repeatedly in the interest of the Kremlin.

Additionally, substantial accusations of Russia actively withholding energy supplies for political reasons that could otherwise reduce the frequent price pressure European countries face have been repeatedly made. Gazprom’s grip on natural energy resources effectively acts as a political power tool. In the case of the current invasion this has been able to bulwark more drastic sanctions against the Kremlin. And although substantial initiatives towards blocking Russian gas have been made in the last week, drastic measures, especially by the EU, have been excluded so far for fear of endangering supply of the global energy market.

One move that may have reduced this pressure was a strategic u-turn of the German chancellor Olaf Scholz by suspending the certification of Nord Stream 2. This already constructed pipeline was supposed to increase the amount of gas directly sent from Russia to Germany by supporting the already operating Nord Stream 1. Germany’s backing of the project was argued to be mainly based on its withdrawal from nuclear power that led to the rising demand for other sources of energy. So far, the project was widely condemned by the EU as it not only violated EU laws—such as the necessity for non-discriminatory third-party access to the pipeline which could only be circumvented by special legal terms. It also would have substantially strengthened Russia’s grip on the energy market. Operating the pipeline would have further reduced Gazprom’s dependence on land-based pipelines through Poland and Ukraine while at the same time tying Germany further to Russian gas. Scholz’s decision to stop the accreditation was one further action which strengthened the EU’s position against Russia by realigning Germany with the majority.

It was, however, the suspension of Nord Stream 2 that is assumed to have led to Russia’s retaliatory threat of shutting down Nord Stream 1. And while the immediate lack of gas in case of a Russian withdrawal might prove not immensely harmful in the very short run due to warmer temperatures approaching, the implications for the rest of the year may prove to be more drastic. The need to refill the energy storages for the coming winter might substantially slow down crucial sanctions against Russia. Furthermore, a prolonged conflict will lead to a shift in energy suppliers which most likely will increase prices and economic strain even more.

With increasing tensions and a potential threat of a complete cut-off from Russian gas, the international economics think tank Bruegel analysed potential scenarios of reduced energy supply that Europe could face in the coming months. They state that with energy supply by other countries staying at the maximum capacities it already is traded with, a complete shutdown of Russian supply would mean insufficiently full storages for the next winter. The only way to combat this supply shortage would be by reducing EU-wide energy use by 10 to 15 percent. It is hard to deny that this would have drastic consequences not only on the economy, but also on individuals.

The question of how the coercive nature of the Russian energy supply can be effectively reduced seems to be rather one of time. Long-term changes such as increased use of renewables are most likely the most sustainable option, but the switch to other suppliers and sources of energy is rather time-consuming and hardly achieved swiftly. Yet, provisional solutions do exist: by buying up liquified natural gas (LNG) supplies from countries such as the US that are originally destined for Asian markets, European countries could counteract potential scarcity. Still, the drawbacks of this are non-negligible, especially as storage for private European energy companies would be costly and Asian countries’ high demand would need to be simultaneously satisfied.

Nonetheless, this temporary shift towards other LNG suppliers is part of the EU’s strategy to slash the reliance on Gazprom’s energy by two thirds until the end of the year. A weakness in this can not only be found in the plan’s dependency on LNG, but also in the alignment with a long-term shift towards greener energy. The autonomous International Energy Agency (IEA) states that a sustainable reduction in Russian energy supplies while holding up the necessary goal of shifting towards clean power would only allow for a one-third cut within a year. Further reductions would have to be based on falling back upon coal as a source, posing a significant concession towards sustainable energy.

In light  of the atrocities happening in Ukraine, the decision on whether to cut trading ties with Russia should not be difficult to make. And while repercussions of retaliatory sanctions may pose a substantial economic cost for Europe in the months to come, it would  undoubtedly be less than the price a prolonged conflict will have.