The Climate Crisis – A Crisis of Accountability? 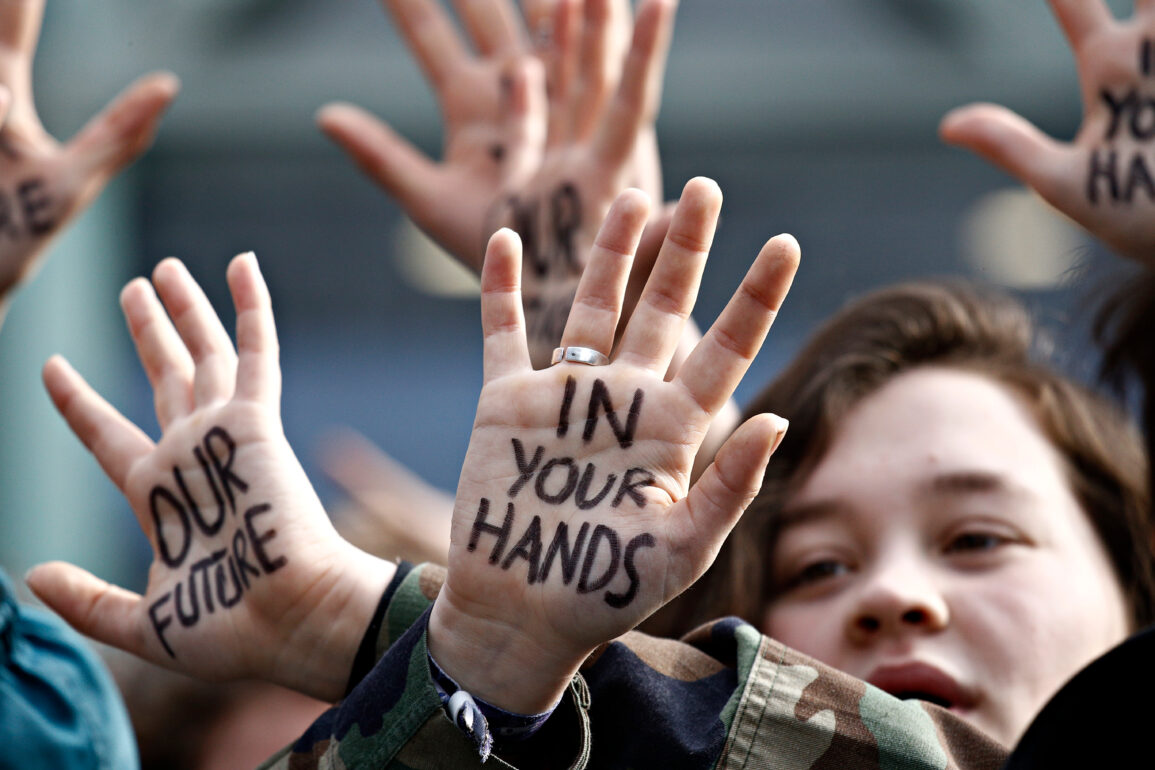 Heat waves, melting glaciers, rising sea levels, forest fires, tsunamis, floods, droughts – the list goes on. Our planet is heating up and we are starting to see irreversible consequences.

Globally, people are becoming more aware of the importance and urgency of climate change mitigation. As the world gets warmer, the risks of food shortages, infectious diseases, floods, and extreme heat become more real for humans everywhere. There is an understanding of needing to be responsible for the well-being of future generations. We know what we have to do – cooperate as people and nations to prevent global temperatures from rising above 1.5°C. The real challenge lies with this unavoidable cooperation: How can we make sure that both international and domestic political institutions are held accountable for their (in)actions?

International efforts to mitigate climate change are largely guided by the aims of Nationally Determined Contributions (NDCs). NDCs are national action plans to reduce greenhouse gas emissions created by each individual member state of the 2015 Paris Agreement. They are required to be revised and updated every five years. Some of the key features of this 2015 framework – flexibility and transparency of the process – were crucial to its near-complete approval among world nations.

The Paris Agreement was a great diplomatic success, uniting nearly 200 nations behind the goal to fight global warming. However, it also sacrificed something in the diplomatic process: an opportunity to develop a more powerful accountability mechanism. Currently, accountability is primarily enforced through commitments to accurate and regular reporting, a key aspect of the “pledge-and-review” system. The main consequence of failing to meet one’s NDC goals is a revision of the country’s aims with the help of an expert panel.

This structure creates two key issues. First, the overreliance on the virtue of transparency has put the reporting of the progress made, and not the actual achievement of said progress, at the heart of current climate change mitigation efforts. This may distract from advancing more substantial accountability mechanisms; those that focus more firmly on efforts in the reduction of greenhouse gas emissions, rather than, for example, the metrics used in the reports.

And a second, more obvious shortcoming of the Paris agreement accountability mechanism, is that there is no entity to obstruct a given country’s incentive to “free ride”. In the absence of a body to be held accountable to, nations tend to neglect NDC objectives, as there seems to be no immediate benefit from climate action. This and the shortcomings of the transparency-based approach discussed earlier are possibly the reasons for lagging climate action: most countries did not sufficiently implement their 2015 pledges in time before COP26.

Thus, perhaps by design, it is impossible to address these limitations of international climate agreements. Fortunately for concerned citizens, domestic accountability mechanisms do exist – and their importance for mitigation of a global problem like climate change is widely recognised. The domestic setting seems to be better suited for the establishment of a ‘public accountability system’ – a system, where governing bodies are legally answerable to some community, like their electorate.

However, an issue that arises is the self-interest of the parties that governments are accountable to. The electorate in democracies, so far, has proven to be a bad agent for the interests of future generations. Recent elections in the US and Germany, where climate change policy was a cornerstone of campaigns, showed precisely that. For example, despite winning a spot in the ruling coalition, the ambitions of Germany’s Green party have been sidelined by the priorities of their partners. Plans to increase carbon prices, curb the excavation of coal in the future, and pledges for higher infrastructure investment have not been high on the coalition agenda.

It seems that in many instances, the electorate simply does not prioritise climate change to the extent that experts recommend. The consistent failure of liberal democracies to meaningfully address climate change has even led to discussions of eco-authoritarianism amongst some people. That said – so far it is clear that present-day authoritarian regimes are lagging behind democratic nations in tackling climate change.

In the 21st century, it is the new normal to feel an encroaching sense of doom: glaciers are shrinking, sea levels are rising, heat waves are becoming longer and more intense, while there is an accountability deadlock on the formal mitigation efforts. Yet, there are ways in which individuals and organisations are bypassing the deadlock to demand climate progress. A trend that is gaining momentum is to go around the traditional channels of politics and electoral democracy.

A famous instance of this shift to untraditional action is Extinction Rebellion, an international civil disobedience movement that does not presume “government’s good faith” and resorts to disruptive tactics to advance its demands for meaningful climate action. For example, activists lock or glue themselves to roads and buildings, set up roadblocks, and scale monuments like the Eiffel Tower.

Alongside this civil disobedience, there are other entities seeking to contribute to climate politics by bypassing traditional governance practices. An interesting case comes from the central banking sector: Actors have been exercising their ability to influence reluctant parties in adopting a “greener agenda” without a need for a directive from the public. For instance, the Network for Greening the Financial System has obliged its members to partake in spending $130 trillion on climate finance – the kind of capital towards green investments that no government could muster alone.

Those efforts are not to be dismissed. Still, one might wonder if these detours from more conventional channels of policymaking are really suitable for making efficient progress towards current emission targets. After all, there is still hope to revise accountability practices of formal international and domestic governance to accommodate for the shortcomings. One thing is clear: even if uncomfortable, acknowledging the accountability deadlock itself is crucial for successfully mitigating climate change.