A Lost Generation? The International Failure of Refugee Education 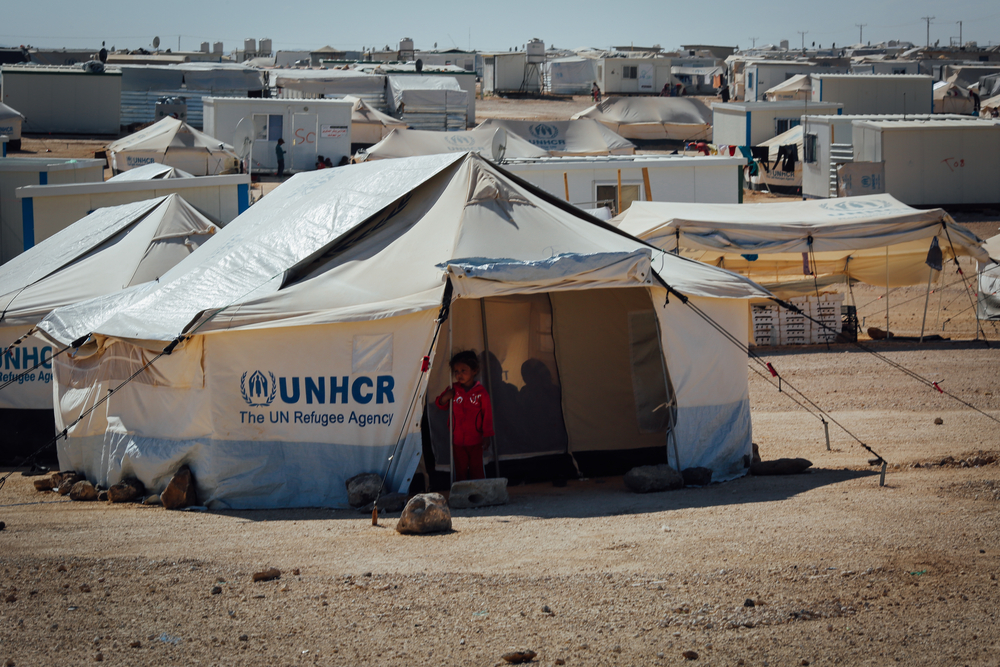 The start of the Covid-19 pandemic in 2019 brought even some of the best educational systems into trouble, highlighting the value of having regular access to in-person learning. With schools shutting down across the globe, valid concerns about the long-term repercussions of the pandemic for further educational and employment opportunities were brought up by teachers, governments and NGOs such as UNICEF. Already the youngest of students show deficiencies in not only literacy and numeracy but also worrying losses in social capabilities.

But there is a group of people more severely affected by the pandemic: refugees taking shelter in other low- or middle-income countries. Providing consistent education for people that have lost their livelihoods due to political persecution, war, or climate disasters and now find themselves in foreign countries is a challenge in itself. An estimate by the United Nations Refugee Agency, UNHCR, states that children are deprived of around three to four years of schooling while being displaced. Often lacking access to the internet and electronic devices, digital learning solutions can be considered nearly impossible.

Any further interruptions to the already fragile educational system will have disastrous consequences to learning developments. First, primary and secondary education allows for a sense of normalcy in the turbulent lives faced by refugee children. Not only does it give a daily rhythm, but it is also shown to prevent child labour, improve health and reduce criminality. Without access to schooling, however, children are prone to becoming victims of sexual exploitation or recruitment as child soldiers.

The sheer size of this problem becomes apparent when looking at the numbers of people affected: in less than a decade, the number of global refugees nearly doubled from 41.1 million in 2010 to 79.5 million by 2019. Around 77 percent find themselves in a “protracted refugee situation”, defined as 25,000 or more people of the same nationality being displaced for five years or longer. With around half of the refugees being children and 48 percent of them remaining out of school, the number affected by learning losses is tremendous. Once dropped out, the global average of re-enrollment is at a mere 34 percent. Adding those deficiencies together, refugee schooling can be considered patchy at best.

Both the 1951 Refugee Convention and the 1989 Convention on the Rights of the Child adopted by the United Nations stress the role of education as a basic human right, making it of high importance for international policymakers. Several major development programmes such as the 2030 Agenda for Sustainable Development have therefore made delivering education one of their priorities. Still, despite a plethora of pledges, reality often speaks differently: in 2019, only 2.6 percent of all humanitarian aid spending globally went to education, far below the ambitious 4 percent planned. In addition, the organisations involved often lack coordination and responsibility to guarantee comprehensive and long-term infrastructure for teaching.

It has to be acknowledged that it is not a problem of low- and middle-income countries per se to provide education but rather one specifically affecting displaced people. This can be seen in the substantial differences in educational access of refugees compared to the host countries’ population. Jordan nationals, for instance, have 82 percent of primary school attendance compared to only 59 percent for refugee children. The disparities are even more pronounced at secondary level: while 65 percent of the Jordanian youth attend school, only 25 percent of refugee learners have the opportunity to do so too.

Compared to national schools, studying in refugee camps often implies a lacking curriculum or accreditation that is incredibly crucial for further progress in learning and training. This factors into a staggeringly low progression rate to the secondary level: UNHCR data suggests that international secondary school enrolment of refugees averages at 31 percent compared to 68 percent at primary level. The pressure to provide for their families financially during the Covid-19 pandemic has increased the share of juveniles dropping out. In the global rise of service-based economies, however, more and more workers with general training such as sufficient literacy and computer skills are needed. Without sufficient qualifications, it is therefore increasingly difficult to find a job. This is increasingly raising concerns for an entire “lost generation” lacking necessary education and formal skills.

A further obstacle to enrolment lies in cumbersome bureaucracy: not only is it difficult to get official recognition of professional qualifications or learning experiences acquired in a different country, but enrollment often requires documentation such as health certificates or residence permits. Yet it is  those documents in particular that get lost frequently when escaping the disasters in one’s home country.

In some cases, this bureaucracy might be deliberately difficult due to hostility from the host country’s population influencing national decision making. This can prevent the establishment of long-term rather than temporary educational infrastructure—something especially needed but rarely found. In Lebanon, school attendance for Syrian children with the reopening at the end of 2021 was only possible after providing special enrollment documents. This has been said to have been virtually impossible to meet within the required time frame. On top of that, spots only opened up to refugees after regular classes were filled up with Lebanese children.

Nonetheless, it is not always bad faith that sustains this problem: more than often, the host countries are simply unable to provide educational opportunities for anyone beyond their own citizens. While it cannot necessarily be considered just, domestic governments often prioritise nationals over refugee children. This is often in the backdrop of their own crises—for instance Lebanon, hosting an estimated 1.5 million of Syrian refugees, is also battling a severe economic and political crisis as well as food and electricity shortages.

Still, a joint report by the World Bank and UNHCR states that the only feasible solution to create educational opportunities for both refugees and the host country is by active inclusion of refugees into the host countries’ systems. To create lasting facilities, there is a need to increase funding and deliberately tackle difficulties such as recognising qualifications.

And despite the many negative effects of the pandemic, the former UN education official Stefania Giannini stated in an interview that it might also provide an opportunity: as it has “accelerated efforts to rethink global coordination in education”, it might also allow for better organisation as well as financial mobilisation. Either way, now is the time to act—with the world slowly reopening, chipping in to educational provision would help make up for lost lessons. It might not be too late yet to prevent permanent damage to the lives of the millions of children affected.