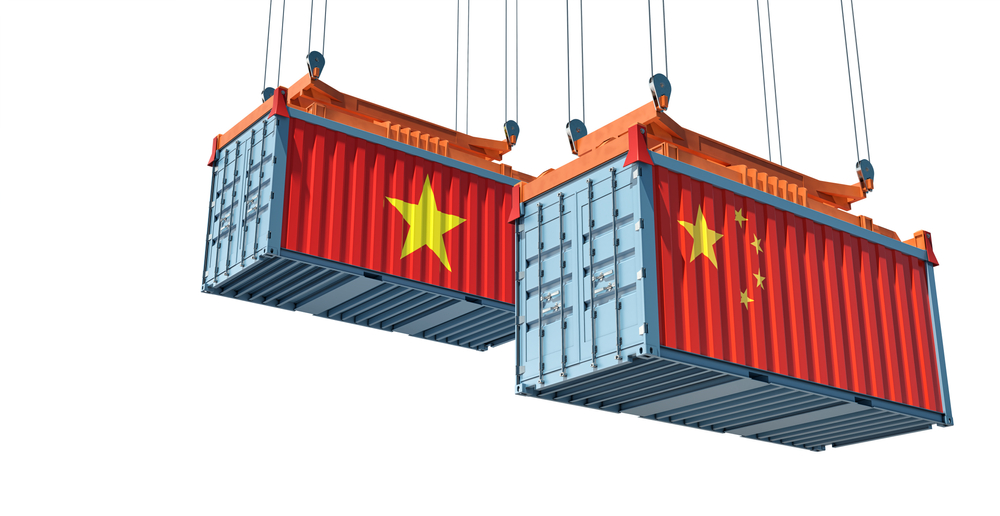 When the Covid-19 pandemic subsides, global supply chains are going to look markedly different with the emergence of new trade patterns. As the effects of these changes begin to reverberate throughout the world economy, we begin to realise just how much we might have taken the global trading system for granted.

The US-China trade war that began during the Trump administration, has yet to see any change. This combined with the demand and supply shocks caused by Covid-19 has emboldened politicians to promote reshoring of manufacturing under the pressure from domestic trade and labour organisations. Repeatedly shunned by major economists as a measurement of trade benefits, the trade-deficit narrative promoted by former President Donald Trump has come to find bipartisan support with President Joe Biden firmly supporting the “Buy American” slogan.

The rise of populism throughout the Western world has coincided with a rise in protectionism. Although two countries might equally benefit from trade, the benefits aren’t necessarily equally distributed within the country. Hence, variations in the distribution of economic gains within countries might provide some background to the rising disdain towards globalism.

Nonetheless, according to major polling in the US, the majority of people still support free trade. Therefore, shifts in the sentiment against free trade on the political level might be more due to influential lobbying groups, rather than a rise in popular support for tariffs and protectionism.

However, the apprehension towards global trade may never have been as justified as it is right now. The multitude of supply chain disruptions experienced during the Covid-19 pandemic is testament to global manufacturing strategies not being reliable to supply consumer goods, and especially for critical technological components such as semiconductors.

The factory closings in China, blockage of the Suez Canal and the extreme congestion in international ports have caused shortages and increased costs. In Europe, some countries have had such bad shortages that they have had to wait for a year to have new cars delivered as the components are simply not sourced effectively due to the supply chain problems. The Evergreen ship accident proved how dangerous it is for the global value chain to be dependent on a few narrow trade passages or cooperation between just a few countries.

The Russian invasion of Ukraine only furthers this argument as the world wakes up to the reality that Russia and Ukraine are vital producers of wheat and fertiliser. As reliance has grown on other countries to produce our goods, basic food supply is now endangered, especially for poorer countries. Moreover, Ukraine produces 50% of the global usage of neon gas, which is needed to produce semiconductors. The reliance on one country’s output of such vital gas and food supplies may, in light of the devastating effects of the war, seem naive. Global supply chains with high dependence on sole countries’ production capacity are showing their downsides, strengthening the anti-free trade argument.

Although free trade might find itself in temporary decline, consumers and manufacturers are still likely to demand lower prices from imports. This presents a daring problem for companies that now have to maintain resilient supply chains without losing market shares as the political costs of maintaining current supply chains rise. These vulnerabilities in the structure of global supply chains have prompted some companies to diversify their supply base, that is, to expand production to other countries. The so-called “China plus one” strategy entails adding additional suppliers, so as to diversify the supply base to the extent that economic and political risks are reduced as much as possible.

This strategy of shifting the supply base, to the detriment of China, has benefited rising economies in Southeast Asia such as Vietnam. However, new strategies come with new problems. The process of streamlining production in multiple countries along with navigating new markets and regulations contributes to slowing the process of production relocation.

Shifting production also requires that the country subject to investment, has enough logistical capacity and the proper infrastructure to enable docking of large container ships and facilitate large-scale production. These are all factors that increase the cost of relocation. Nonetheless, the political costs of maintaining one supply base have evidently risen to the extent that relocation is justified, seen by the new pattern of global supply chains shifting to Southeast Asia.

The rising urgency to diversify supply chains due to structural and political risks might not have had the impact that protectionists have wished for. Instead of reshoring manufacturing to create domestic employment, firms are seemingly using the momentum, created by politics and Covid-19, to accelerate their relocation to nearby countries in Asia.

Although this fits the political narrative of moving away from China, it does not create the domestic effects that politicians might have hoped for. Instead, we begin to see a new pattern of global trade emerge, one where China is no longer the world’s only factory, but one of many manufacturing locations throughout Asia. Hence, firm decisions on the micro level have immense macro effects. As firms choose to diversify suppliers, they begin to unravel three decades of Chinese trade domination.

The sentiment against global trade and the economic nationalism seen in the US’ “Buy American” and the EU’s self-sufficiency goals have long been on the horizon. Reaching its popular peak with the election of Donald Trump and the Brexit vote causing great insecurity in global trade and supply chains with ever looming tariffs.

The Covid-19 pandemic with its many bottlenecks gave truth to the sentiment that a highly concentrated supply base might create unwanted systematic risks. The long-resilient global supply chains proved to not be so resilient anymore. The rationale for domestic production and reducing dependence on manufacturing strategies that hold inventory in global supply chains may motivate economic nationalism further. It is also likely for companies to diversify their manufacturing locations, both because of the political instability weakening trust in free trade and because of the recent supply chain disruptions being simply too costly and bad for business to keep manufacturing far from its consumer base.

As we go forward, the process that has already begun is likely to accelerate, and there is still much uncertainty as to how this new pattern of global trade will materialise. Certainly, China will not continue being the only factory of the world. International corporations decreasing their dependence on individual suppliers through diversification will create more and larger production hubs throughout Asia. However, as companies change sourcing and production strategies in the face of the recent global supply chain disruptions and political uncertainty, it’s unlikely that manufacturing will return to the US or Europe.

The widespread geopolitical concerns and political risks with changing trading patterns have yet to show their true colours. And so, the long-run effects of contemporary events are not easily predicted. Nonetheless, the strategic shift towards multiple suppliers is likely to have enduring effects on trade for years to come. The success of such bold new strategies is yet to be seen.