Caught in the Borderlands: Judicial border disputes in Africa 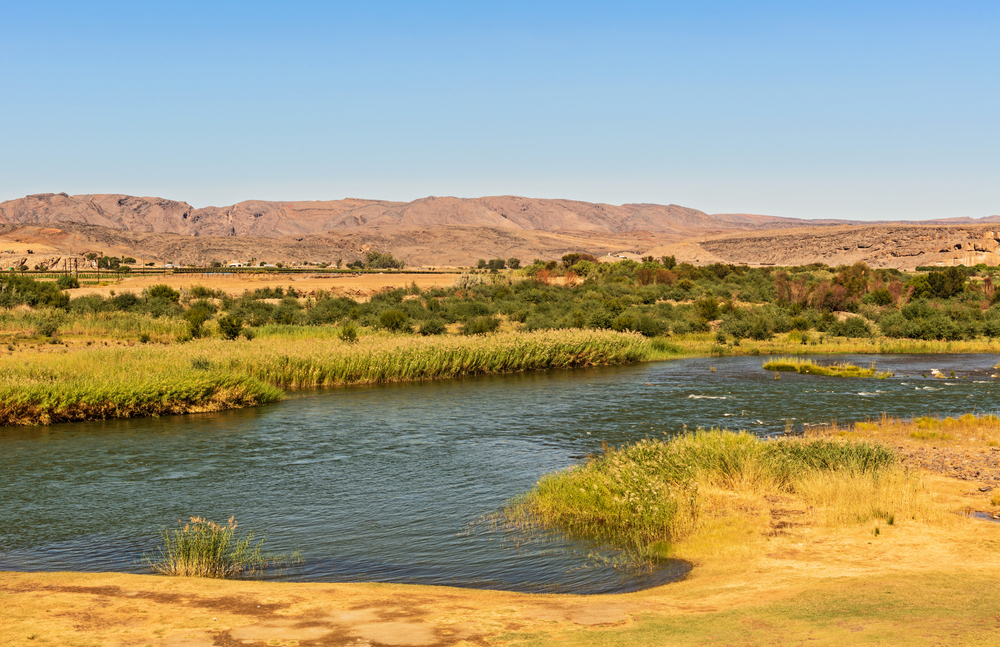 The Orange River, border between South Africa and Namibia and a repeated place of conflicts. © Marek Poplawski / Shutterstock.com
Home
Africa

In a time of international turmoil and changing global power dynamics, it is reassuring that some things are here to stay: thorny border disputes, lingering traces of colonialism, and the frustrating nature of public international law. Fortunately, legal dispute settlement of border conflicts in Africa features all three!

Perhaps you have heard of the armed border conflict between Ethiopia and Eritrea, the long standing dispute over Orange River between South Africa and Namibia, or the division of the Sudans? There are plenty of border disputes on the African continent. According to Gbenga Oduntan, prominent researcher on borders, there are around 100 active border conflicts, and the African Union has a special programme set up to work with these types of disputes.

Typically, the disputes are managed through diplomatic negotiation, armed battle, or not at all, causing protracted conflicts with no solution in sight. However, there are cases where the parties have brought a border dispute before the International Court of Justice. Nigeria, Mali, Burkina Faso, Ethiopia, Libya—the list goes on—are just a few countries that have sought judicial remedies to settle border disputes. This raises the question of how international law is used in border disputes—and the answer might prove disappointing.

Perhaps surprisingly, there is no norm or rule in international law that states how territory should be divided or borders drawn. No principle of fifty-fifty divisions or fair distribution, no rule referring to the interests of the local populations or economic necessity. Instead, borders are subject to agreement between neighbouring countries.

The majority of state borders, both within and outside of Africa are arbitrary historical products, leftovers from a time when territorial acquisition was achieved mainly through military conquest. Their location depends on how far one army managed to advance in relation to another, how far some colonial officer made it into uncharted territory, or sometimes simply where a king put his pen and ruler.

Today, very few inter-state borders can be called logical, fair or optimal divisions of territory. They grant monopolies over natural resources and divide ethnic groups which gives rise to the persecution of minorities and oppressive majorities. Still, establishing, marking, administering and protecting borders is a core function of the state and generally considered crucial for stability and peaceful interaction with neighbouring countries.

Interstate borders as clear lines to divide territory is a largely European invention. In pre-colonial times, African borders were far more flexible and territory was often divided by wide frontiers of scarcely inhabited land rather than by defined lines. We all know what happened next, as the Europeans divided the African continent between themselves. The boundaries were often established in treaties between European states and delimited by geographical features in areas where the foreign statesmen had barely set foot. Within just a few decades the African continent became crisscrossed by European borders, where no—or very different—frontiers had been before.

Interestingly, in 1964 the heads of state in Africa decided through the African Union to “respect the borders existing on their achievement of national independence”. The logic behind this decision was that changing the borders would lead to instability and conflict. As a consequence, the borders that the Europeans created in the early 20th century became permanent. The colonial treaties that established those borders are now the legal, authoritative sources that determine the course of most borders on the African continent. That means that when asked to settle a border dispute the International Court of Justice will not try to create a new, “fair” border. Instead they do their best to figure out where the colonial officers who wrote the treaties intended the border to be.

This has proven to be quite a headache for the Court, as well as the parties involved in the disputes.

This focus on the old treaties in border disputes means that the interests of the local population are of very little (read: no) legal relevance. For example, American lawyer Brian Taylor Sumner has analysed case law from the International Court of Justice and concluded that human-related arguments have never been given legal relevance in a case before the Court. Neither the opinions of the ‘borderlanders’, nor their history or their political or cultural identity has an impact on the outcome of these legal disputes.

Interpretation of the old treaties is often left to guesswork

But this is not the only issue: the original treaties are often filled with mistakes and inconsistencies, which means that a tribunal seeking to make an interpretation is often left to guesswork. Due to the colonisers’ inadequate knowledge of the area and gaps in translation, it is common that rivers and streams are mislabelled or simply not located where they should be according to the treaty. As a consequence, the Court had to guess which rivers were intended to make up the border in disputes between Ethiopia and Eritrea as well as between Nigeria and Cameroon.

Even in cases where the treaties are complete and consistent, the result may still not be satisfactory due to changes in human settlement, land use or environment. Simply put, both people and things have moved in the last century. In the conflict between Nigeria and Cameroon one section of the border was reported to have split a village in two. The International Court of Justice found that it did not have a mandate to divert from the line described in the treaty, and thus confirmed that the border would run its course, regardless of whether the village would be split in half and people cut off from their livelihoods as a result, or not. There are cases where the International Court of Justice has decided on a border that separates people from access to water (Burkina Faso/Mali).

In all fairness, there is also a later case where the International Court of Justice instead resorted to some pretty far-fetched treaty interpretations to avoid a similar outcome (Burkina Faso/Niger). This shows that the judges recognise the issues, and is perhaps a sign towards a more just future of judicial border dispute settlement. The importance of the rule of law and predictable rules for a legitimate judgement should not be understated. However, it is equally important to recognise that every rule and legal regime has an origin, and that maintaining or altering the rules is a choice by lawmakers and judges. The interpretation of European treaties in African border disputes continues to yield results that leave both the tribunals, the parties and anyone reading the decision with a distinct feeling of dissatisfaction. Even in a time of international turmoil and changing global power dynamics, not all things should be here to stay. Surely, the time has come to decide on a new legal regime for the resolution of border disputes.