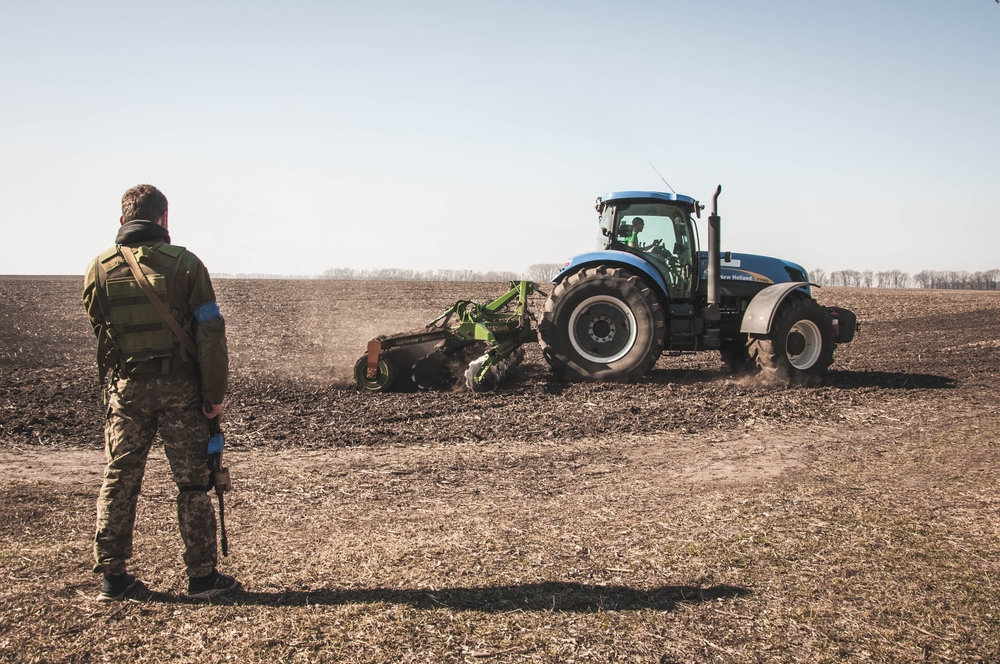 The European Union discusses about scaling back sustainable agriculture practices to cope with food shortages due to the war in Ukraine. (Image credit: Sidhe / shutterstock.com)
Home
agriculture

It is common knowledge that the world is interconnected, and that one seemingly local circumstance can set off a global chain of events. But why the war in Ukraine has led to a setback of sustainable agriculture in the European Union (EU) requires some explanation. When talking about the war in Ukraine, many may think of food shortages and rising grocery prices. These are short-term consequences of the war, but there are long-term effects as well concerning agriculture.

Ukraine and Russia together are responsible for roughly 30 percent of global wheat exports. In Ukraine – often referred to as the breadbasket of the world – the invasion by Russia has disrupted both the production and the export of agricultural commodities. Russia’s military has been targeting food production and agricultural infrastructure and has blocked harbours to prevent Ukrainian agricultural exports. The recent grain export deal between Russia and Ukraine, which ensures that agricultural commodities can leave Ukrainian harbours, is a small relief but still only a drop in the ocean.

Russia, itself a major producer of agricultural goods and, maybe more importantly, of fertiliser, is restricted in its exports because of the sanctions against the country. The price of fertiliser which almost every farmer relies on to keep up their yield has subsequently increased by up to 300 percent.

The disruption of food exports and the increase in price of fertiliser has led to a global food shortage. In light of this, global food prices have increased by 50 percent since the beginning of 2022. This is especially disastrous for countries that import many of their agricultural goods. According to the International Monetary Fund (IMF), the 48 countries which are most vulnerable to food shortages are together experiencing an increase of 9 billion dollars in their import bills. This comes at a time where droughts in the Horn of Africa are threatening to cause the worst famine in decades, and many countries depend on food imports.

The effects the global food crisis has on individuals are even more devastating. Many households in low-income countries have to spend large portions of their income to simply not starve which means that the current increase in food prices has dramatic consequences: at the moment 345 million people are facing life-threatening food shortages.

This rhetoric has led to member countries blocking a new EU policy which was supposed to slash pesticide use in agriculture significantly. The EU also allowed its member countries to decide whether farmers could grow crops on fallow land. Fallow land refers to the almost 6 percent of agricultural land in the EU which is set aside to compensate for biodiversity loss caused by agriculture.

Luckily, there are other options than scaling back sustainable agriculture. According to Greenpeace, a change in common dietary practices would solve the imminent food shortage. Globally, 71 percent of agricultural land is used for animal feed. In the EU, animal feed makes up 62 percent of the agricultural sector. If people were to reduce their meat consumption, the food shortage would disappear.

The Food and Agricultural Organisation (FAO) of the UN makes another suggestion: reducing food waste. The food that is thrown away every year could feed 1.26 billion people. The reduction of food waste by 50 percent would already be enough to meet global demands for food.

At the moment, the EU is sacrificing the long-term stability of the global food system, allegedly to mitigate a short-term global food crisis. But cutting sustainability measures for agriculture will actually only decrease the resilience of the food system even further. Frans Timmermans who is leading the negotiations on the European Green Deal said it well: “Please, don’t believe in the illusion that you would help food production by making it less sustainable”.