The Nordic Paradox: Violence Against Women in “Gender-Equal” Societies 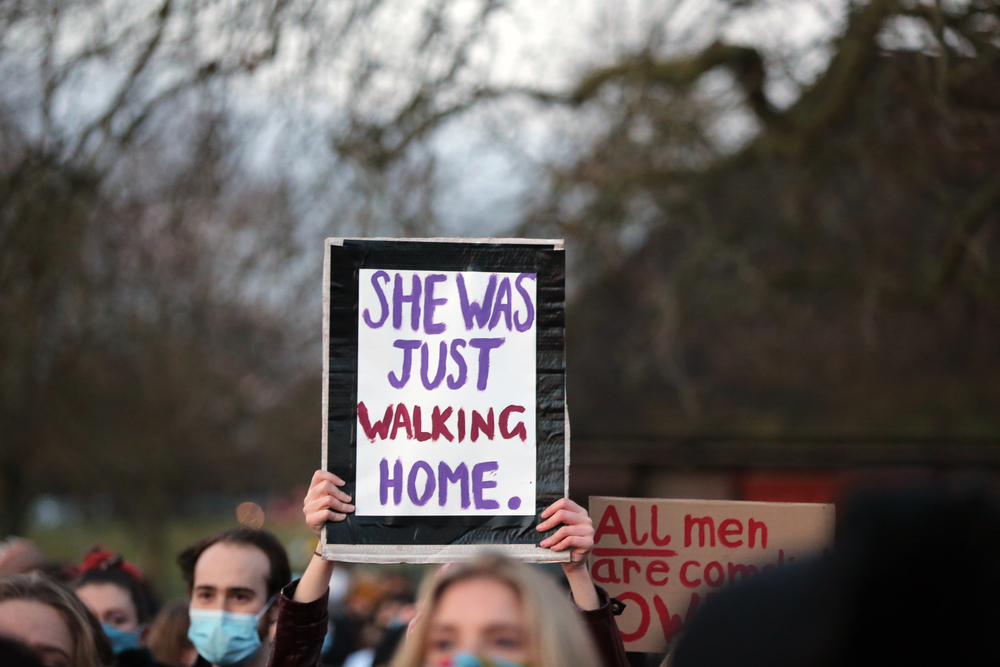 The Nordic countries are known for their egalitarian societies, but these harbour a dark side, too. All the Nordic countries have above-average levels of intimate partner violence against women (Credit: I T S / Shutterstock.com)
Home
Articles

With International Women’s Day in the rear-view mirror and the next one many months ahead, it is time to confront reality and bring the topic of Violence against Women (VAW) to the foreground: standing up for the rights of women is a year-round necessity.

COVID-19 has shown that violence against women is anything but a settled matter, regardless of time and space. Globally, Seven out of ten women think that Intimate Partner Violence against Women (IPVAW) has increased during the pandemic, and one in four feel increasingly unsafe in their own home. A striking 26 percent of all women aged 15 or older have fallen victim to intimate partner violence.

The impact of gender-based violence on the lives of women is often severe: health consequences include not only immediate physical injuries, but also long-term gynaecological problems, sexually transmitted infections, depression, substance abuse and even suicide. Economic costs are also not negligible, with women often being unable to work due to physical or psychological damage.

Gender inequality is often seen as one of the main sources of gender-based violence. And even though low- and middle-income countries—often defined as highly unequal—persistently show higher levels of abuse, gender-based violence has not been eradicated in more egalitarian societies. While 16 percent of women report intimate partner violence over their lifetime in Southern Europe, in Northern Europe the number is substantially higher, at 26 percent.

The Nordic countries are considered to be the most gender equal in Europe, with Sweden, Finland and Denmark consistently ranking among the top 5 on the European Gender Equality Index. Yet, 32 percent of Danish women, 30 percent of Finish women and 28 percent of Swedish women aged 15 or older have experienced physical or sexual intimate partner violence (IPV)—a stark contrast to an EU-average of 22 percent. Similarly, the occurrence of psychological partner violence as well as violence by non-partners against women in these countries is higher than elsewhere in the EU.

The positive relationship between violence against women and gender-equality on a country level is often called the “Nordic Paradox”. What explains this relationship between gender equality and violence against women?  Unfortunately, there is no clear answer yet: the Nordic Paradox remains an unanswered question to many. A potential explanation brought forward is the idea that high gender equality might result in backlash effects: intimate partner violence is deployed as a reaction to female empowerment. As traditional gender roles in these societies are dissolved, still-existing masculinity norms become challenged—possibly explaining the higher levels of IPVAW in Northern Europe.

Along similar lines, it could also be argued that the extent of gender equality in the Nordic countries has its limits, especially in the private realm. In short, there could be a disconnect between the social value placed on gender equality and the individual, ingrained perceptions of (traditional) gender roles. An example is when women hold stronger economic positions than their partners: the risk of intimate partner violence against them could increase if their partners still hold traditional gender norms.

Simultaneously, it is often argued that rather than the actual case numbers being higher, it is because of a larger share of violence being reported. In Sweden, for example, trust in the police is high: 84 percent of the population has confidence in the authorities, making it more likely for victims to approach them and file a complaint. Moreover, high levels of gender equality could also increase awareness about IPVAW, and normalise talking about it.

Looking at the situation across the English Channel, another concerning pattern has emerged over the last four years in the UK: while reports of rapes are at a record high, the number of actually prosecuted cases have fallen by 70 percent. An increasing share of women also withdraw support for their cases, due to the investigation leading to rigorous interrogations of the victims, or demanding substantial breaches of their privacy such as full access to their smartphones. The lengthiness of the cases and the lack of support puts significant pressure on the victims rather than the abusers.

A safe and accessible reporting culture is important for both identifying the occurrence of (IP)VAW and providing support for women. However, more often than not, responsible authorities dismiss survivors of violence with the notion of false allegations. Worse, blame is frequently put on the victim themselves—for instance for consuming alcohol, or previously having engaged in consensual activity with the perpetrator. This makes many women hesitant to continue pursuing their claim and adds to the systemic root of the problem. While the act of reporting itself might have been made more accessible, the existing institutions often seem inadequate to deal with this issue.

Whether higher levels of gender violence in societies considered equal is due to the ‘Nordic Paradox’ or other factors such as higher reporting cases remains unclear. Importantly, although violence against women is high in Nordic countries relative to the EU average, it is still much lower than in gender-unequal societies outside of Europe. Yet, despite significant achievements regarding gender equality, underlying institutions and norms can impede the eradication of violence against women: gender equality is a work in progress, no matter the level of past achievements.

▶︎ Get outer my space – An inherent right to space?