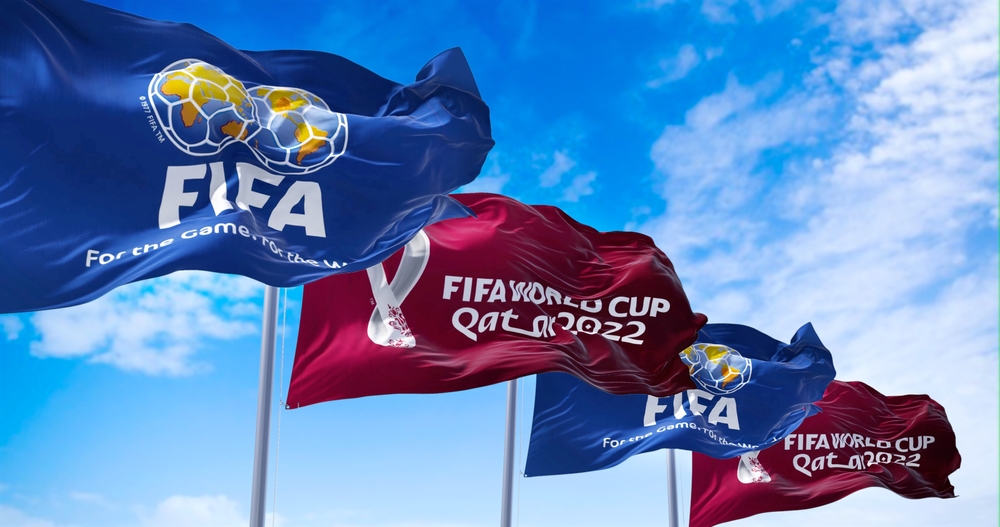 This article is an opinion piece and its contents represent the standpoint of its author, not UPF Lund or The Perspective’s editorial board.

If you type “FIFA World cup Qatar” in your search engine, you might find plenty of articles describing all the controversy this event raised. If you care about human and minority rights, it might touch you to see the restrictions and unfairness in the organisation of this 2022 world cup. And it is only human and fair to feel worried about it. However, it is also important to take a step back and understand that the way Western media depicted the problematic side of this event might be biassed. This article is written to grasp the context and ask ourselves if this media hype is fair and objectively motivated.

While not acting as a defence of Qatar’s decisions, it will attempt to capture the bigger picture of what is going on with this controversy, and what power relations underline the tensions. What makes the case of Qatar a novelty is it being the first Arabic and Muslim country to host this kind of international event. This presents a good opportunity to consider the role of Western media in portraying information on issues of climate, LGBTQ+ rights, women’s rights as well as migrants working in Muslim countries.

With Qatar having built air-conditioned open-air stadiums specifically for this event and hundreds of thousands of spectators arriving by plane this December, the environmental impact of the world cup has been heavily highlighted. In the climate crisis we are facing, it seems unfair for a lot of people that we tend to reduce our carbon emissions individually and internationally, while Qatar is attempting to avoid those issues with a “carbon neutral” policy from their government by compensating the gas emissions through the development of local green projects.

Indeed, this policy seems inadequate regarding the amount of CO2 emissions the world cup development projects will produce. According to Julien Jreissati, program director of Greenpeace Middle East, the Qatari case checks all the boxes for greenwashing. However, such competition—inevitably comes with a huge amount of new construction—could allow Qatar, as an emerging economy, to make its place in the international entertainment scene. And out of consideration, the tournament has already been rescheduled to December, when the average temperatures should not exceed 24°C in Doha.

This could be seen as a case of Qatar’s awareness of the environmental consequences this event has and its efforts to reduce them. It might be a case of greenwashing, but if we start to perceive each green policy as this, we should also reflect on Western countries’ motivations to begin their environmental transition. We might ask ourselves if those choices would cause the same backlash if they were made by developed northern countries. The environmental crisis we are going through has been the result of decades of excessive carbon emissions by those countries and while gulf countries have a role to play in the transition, they are by far not the first responsible for this disaster we are trying to cope with.

Minority rights are also a recurring topic that Western media emphasizes such as the issues raised by the entrance of LGBTQ+ fans in Qatar, a country where homosexuality remains illegal. But also women as an oppressed group in patriarchy-ruled societies, especially in Qatar make it high on the list. To begin, a lot of Western countries have warned their LGBTQ+ community to avoid going to the world cup due to the criminalization of non-heterosexual and non-cisgender individuals in Qatar. The Qatari government, hand in hand with FIFA, attempted to make the event a more safe place by making “exceptions”  to the law of imprisonment for homosexual people. It is, however, most likely that those measures were primarily implemented to avoid a greater controversy around those issues, thus being able to run this world cup without issues to develop a better soft power.

Awareness has also been raised around women’s rights in this country ruled by Sharia law. Even with plenty of recent progress relating to women’s place in educational and working bodies, they still remain under the authority of either their husbands if they are married, or of their fathers if they are not. Women in Qatar seem to have the same rights to vote, work, and travel as in other countries, more even than in any of the other Gulf countries, but their freedom is still conditioned on their male guardians.

We also need to acknowledge that, according to defenders of the decision for Qatar to host this event, “it could be leveraged for improvements in human rights”. However, calling  Qatar the worst choice for hosting such an event might have the opposite effect. As depicted before, with the effects of the world cup being a mixed bag instead of completely bleak,  what are the motivations of Western media to overrepresent primarily negative information?

An article by the BBC quotes British politician Andrew Boff saying that Qatar seems to have a “medieval attitude considering human rights”. Here, we can wonder why such media does not take this opportunity to also acknowledge the flaws of other nations considering the same topics such as France and the United Kingdom letting migrants drown because of their strict migration policies if we only refer to the tragedies of Calais, France. In addition, media critique is often not materialised into action by the same nations: for instance, Germany recently concluded a deal for liquid gas supply with Qatar.

This citation referred also to one of the biggest controversies raised by the world cup, which is the death of more than 6.500 workers, the majority from India, during the construction of stadiums and housing. This huge number shared by much Western media is devastating and incontestable. Those workers deserve proper working conditions, healthcare, and suitable accommodation in order to be able to help their families at home.

Qatar is not a poor country and emphasis should be put on those issues so that this tragedy never repeats again. However, we also know that pretty similar inhuman working conditions exist, worldwide. And that the first consumers of those unethical products, as for Qatar fuel, are western countries. Therefore, reflecting on the fairness of this smear campaign that seems repetitive against Arab countries should be important.

When Russia hosted the FIFA world cup in 2018, the controversy around the lack of respect regarding workers’ human rights,  such as the death of seventeen workers in a stadium, was not as big and the emphasis of the articles was much more on FIFA rather than Russian implications in those tragedies. In the case of Qatar, a large share of articles tends to depict an overall negative portrait of the state rather than offering an in-depth investigation into specific issues. It is important to highlight these double standards from Western media who are calling out moral issues of the FIFA world cup in Qatar while not adequately highlighting ongoing cooperation or wrongdoings from Western countries.

The current way of presenting them sounds harmful and not always fairly motivated, especially if we compare the scale of the controversies historically raised for similar events.