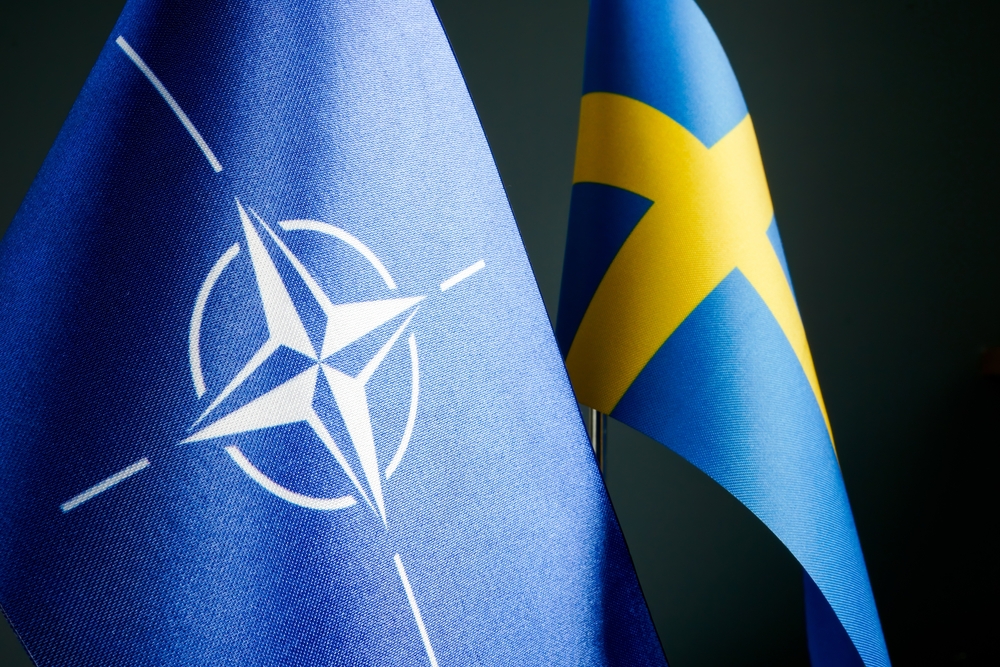 As of May 16th 2022, the Swedish government officially applied to join the military alliance of NATO. Diachronically, Sweden has been a neutral state in the international political sphere, which shaped large parts of its perception within international relations and the construction of its national identity. From World War II onwards, Swedish identity domestically has been to abstain from taking sides in military conflicts.

Still, this neutrality has been indeed criticised: many argue that the selling of materials necessary for the production of weapons to other countries at conflict meant that it was indirectly involved. Such was the case of iron ore being sent to Nazi Germany and its geopolitical location at the time of World War II , being relatively far from prime military targets and not of direct strategical significance for Nazi advances meant that it was indirectly involved. This mid-war export technique and its advantaged geostrategic distance to the war’s epicentre allowed Sweden to not be involved in the same direct way as other states. But does that mean that it was neutral all along?  And if yes, have the circumstances changed today, in the context of a multipolar international system?

This neutral identity is exactly what a large population of Swedes believe in and that is why, in the wake of Russia’s invasion of Ukraine and the ongoing military conflict that ensued, when Sweden applied to join NATO and break this tradition of perceived ‘neutrality’, an acknowledgeable part of the young people’s initial response was sceptical or negative.

NATO, which is an acronym for North Atlantic Treaty Organization, is a  US-centric organisation that was created to protect states of the Western bloc from the Soviet threat during the Cold War. Ever since the collapse of the Soviet Union, it has not been dismantled but rather expanded its members. Following the 9/11 terrorist attacks of 2001, NATO has been the prime military instrument utilized by US governments to fight terrorist organizations in other states and its involvement has become synonymous with the Western notion of responsibility to protect (R2P). An example of this R2P was the invasion of Iraq during the Bush administration, which was by many viewed as unnecessary and unjustified, meddling with states’ internal affairs and perhaps as even a form of neocolonialism. This bad reputation that NATO has of not always being on the ethically right side of matters and perhaps being even hypocritical as in the case of the Kosovo bombings, is also another reason why some young Swedes perhaps don’t want to be involved in this organization. Swedish identity, after all, is based a lot on its soft power, which has at its epicentre human rights and the promotion of a peacefully coexisting atmosphere.

This dilemma in Swedish politics and identity crisis in Swedish society after its application and expression of a desire to join NATO in response to the Russian threat has been highlighted and exacerbated further by Turkey’s refusal to agree to Sweden’s admission to NATO. However, Turkey, which is itself a NATO member, has recently been following a pattern of disturbance within the military alliance under president Erdogan. For instance, its territorial disputes with neighbouring Greece, which is also a NATO member, have escalated due to Turkish aggression of constant airspace and maritime violations, and antagonistic political rhetoric. What is more, Turkey has purchased Russian military infrastructure such as Russian missiles against the will and sanctions of the US, causing turbulence in NATO and blurring the lines when it comes to where it stands ideo-politically.

This is once again the case with Erdogan’s Turkey blocking Sweden’s request to join NATO: for their approval, they are requesting that it extradites Kurds, who have sought political asylum in Sweden, and which are labelled as terrorists by the Turkish government. What is more, it seems that Finland and Sweden will continue to strive for a collective security policy in the Scandinavian region as both seem determined to join NATO due to their proximity to Russia, even though they have not clarified if they will extradite Kurdish asylum seekers as of yet.

Currently, the previous social democratic government which actually made the NATO application in the wake of Russia’s invasion of Ukraine, as part of its common security policy together with Finland which also applied, being so close in proximity with Russia and the newly elected liberal-conservative Swedish government are in repetitive dialogue with the Turkish government trying to find a solution. These political events that have been happening surrounding Sweden’s application to join NATO and the stalling of this motion by Turkey have further raised the controversy of the issue and problematized the relation of Sweden’s identity of neutrality in the international community. If Sweden hypothetically joined NATO and fulfilled Erdogan’s  ‘bargain’ conditions, this would be viewed by almost half of the Swedish public opinion as a new level of hypocrisy.
Nevertheless, as of recently, more and more Swedes seem to be in favour of joining NATO, reaching 57%  as of April 2022. This could be explained by the persistence of the war in Ukraine and the constant security threat it poses over a longer period of time, as well as Turkey’s resistance, which makes a lot of Swedes come to the realisation of NATO’s complex power-play politics internally. On top of that, adding the mystery surrounding the sabotaged leak of the NordStream pipeline in the Baltic which could be interpreted as a violation of sovereign territorial rights. Conclusively, this raises the question of whether Sweden should prioritise the securitization of its territorial sovereignty or the protection of its soft power and national identity, and how a balance to preserve both could be found in diplomatic efforts with Erdogan’s Turkey, which has been following a pattern of ‘blurred lines’ and disturbance within the NATO alliance.