What changes can one see for the Egyptian people since the start of the revolution?

Frankly, there have barely been any positive changes at all. On the contrary, most of the people are now worse off than before because of the weak economy. Many Egyptians work within the tourist industry and have been left with little or no income now that many tourists avoid travelling to Egypt. There are many who complain that in reality very little has changed, saying that the revolution will have to take out the regime, not only Mubarak, and make sure to replace people in high positions in media as well as other sectors. This process will probably go on for many years under a new parliament as well as, hopefully, a new government and a new president. However, thus far there have hardly been any real changes. For instance, now you don’t see police brutality but on the other hand you see military brutality. I guess the one thing that has really changed is that people now dare express their opinions, but that’s about it.

A constitutional writing committee will now start the work of writing a new constitution, in what way could that affect the current situation in Egypt?

Well, it could have a big impact. In fact, many Egyptians question that elections for parliament were held before a new constitution was put in place. Another question that has been raised is if it is reasonable to hold a presidential election, when the president’s duties aren’t outlined in the current constitution? This has been subject of intense debate. There have also been discussions about how the constitutional drafting committee should be elected. The military claimed they should elect 80 out of 100 representatives, leaving 20 representatives to be selected by parliament. This claim outraged the Muslim Brotherhood who said that electing the committee was a matter for them, holding a majority of the seats in parliament, and not the military. However, liberals and social democrats didn’t object and seemed to trust the secularized military more than they trusted the democratically elected representatives of the Muslim Brotherhood. It was quite terrible to see how these parties chose to support the non-democratic side simply out of fear for the representatives elected by the Egyptian people.

Many western countries fear that Egypt, under the Muslim Brotherhood, would become more and more ‘”extreme”, is there any reason to believe that this will happen?

There definitely is, but the reaction in the west have been islamophobic and not really focused on what these groups actually stand for. The Muslim Brotherhood have been the ones teaching the Egyptians about democracy for the past twenty years, through union elections etc. However, that does not mean one shouldn’t be skeptical at the same time. I’m under no illusion of the Brotherhood’s true intentions. Now they are under pressure from civil society and a large group of Egyptians who are fighting for freedom of speech, but if this pressure were to disappear I don’t know what would happen. There doesn’t seem to be any natural instinct within the Brotherhood of promoting freedom of speech, women’s rights etc.

When reading about the Arab spring, the importance of twitter and facebook is often mentioned. Were social medias a necessity for the Arab spring to start?

Yes, I believe so. I think twitter and facebook played a decisive role in mobilizing people for the first day. We have to remember this started out already in 2006 when the first facebook group was created supporting the rights of striking workers. Since then the network continued to evolve and was absolutely crucial to the events of the 25th of January last year. However, today, twitter posts from Egypt are not at all representative of the situation; they are mostly views of the young, well educated, and secularized generation – especially if you read the messages written in English. Just as some bloggers said that the Tahrir Square didn’t represent all Egypt, twitter today definitely does not represent Egypt.  However, that doesn’t change the fact that it was crucial in mobilizing and also to spread news from certain places.

What are your own thoughts on the future of Egypt?

Well, I think it will continue to be difficult and even hellish for a while, but there is not really any alternative. Looking back you can’t say it would have been better not to try to overthrow the regime. In the long run I’m very confident about the future of Egypt. I think this has fundamentally changed the way Egyptians and Arabs look at themselves. On the 25th of January many were worried that there would be a lot of violence at the Tahrir Square, instead it turned out to be a peaceful celebration of the revolution. It is a society in chaos and I think there are many “road blocks” lying ahead, but over time I’m quite confident – these people have shown they are willing to die in the fight for freedom. 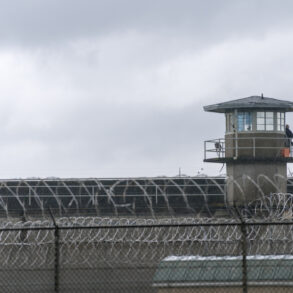 Prison values: “Each of us is more than the worst thing we’ve ever done”